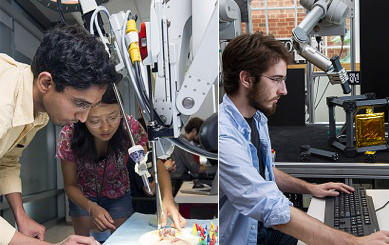 The demand for roboticists is growing, and universities are starting to take notice. Johns Hopkins University, for one, says it sees an increasing need from industry for people who can design and deploy advanced robotics systems. In response the school has launched a Master of Science in Engineering in Robotics degree program. The program is
Read More

Robot Turtles, a board game designed to teach 3- to 8-year-olds the basics of programming, has surpassed $500,000 on Kickstarter with two days left in its funding period. In the process, it has become the most-backed tabletop game ever on the service, according to its creator Dan Shapiro. Shapiro is a digital entrepreneur who sold
Read More

Robotics are clearly a big part of our collective future, and young people are the future of robotics, which is why science, technology, engineering, and mathematics (STEM) education has become a priority for so many in the industry. It’s certainly a priority for Yaskawa Motoman, which sees a viable market for robotics platforms aimed at
Read More