Before Snoopy, SpongeBob, and, of course, Santa ride down 6th Avenue in New York as part of the the 87th Annual Macy’s Thanksgiving Day Parade, some budding roboticists and their creations will actually kick things off. That’s because this year, teams from the FIRST Robotics Competition have the honor of leading the parade to its
Read More 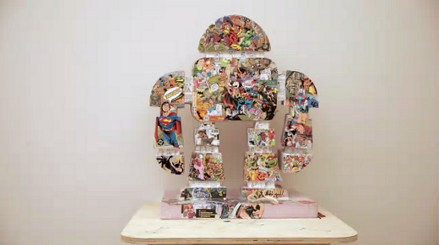 One of the many advantages of robots is that they can go places humans physically cannot. We often think of that in terms of search-and-rescue situations or hazardous locales like nuclear power plants (where snake-like robots have shown potential), but it has less serious applications as well — like getting the perfect view of an
Read More

Recently, researchers at Sweden’s Örebro University released a video showcasing GiraffPlus, a “smart home” system designed to allow the elderly to live independently longer. The system consists of a network of home sensors that monitor residents’ health paired with a mobile telepresence robot, called Giraff, that allows caregivers to check in. The system has been
Read More

At Apple’s Worldwide Developers Conference yesterday, a robotics and artificial intelligence start-up made a surprise appearance during the opening keynote. The San Francisco-based company, Anki, is backed by $50 million in venture capital from Andreessen Horowitz, Index Ventures and Two Sigma. Like Bossa Nova Robotics, Seegrid and a host of hot robotics companies, it was
Read More

The new — somewhat confusingly named — Xbox One was announced today by Microsoft, but more importantly for the world of robotics, a new Kinect motion-sensing camera was also confirmed. The original Kinect made it affordable for both professional roboticists and enterprising hobbyists to endow their robots with powerful 3-D motion capture, depth sensing, facial recognition and voice
Read More

Hello and welcome to The Business of Robotics! If you have even a passing interest in robotics, you know the field is exploding, having reached a technological tipping point that is bringing self-driving cars and robot co-workers out of the realm of science fiction and into reality. Just last week, a new $100 million dollar
Read More