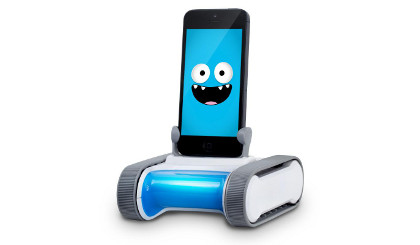 The commercial marketplace for unmanned aircraft systems remains relatively untapped in the U.S., and at this point the holdup is more regulatory than technological. However, as the Congressional deadline for integrating UAS into the National Airspace System approaches, companies are betting that will change very quickly. One such company — Modern Technology Solutions Inc., which
Read More

Robotics Alley, a Minnesota-based conference and expo for the robotics industry, yesterday announced keynote speakers for the November event. The list includes Rodney Brooks of Rethink Robotics, Michael Toscano of the Association for Unmanned Vehicle Systems International and Robot Film Festival founder Heather Knight, among others. Robotics Alley was founded in 2011 by ReconRobotics and
Read More

SRI International spin-off Grabit Inc., which has developed a patented electroadhesion technology for robotics, material handling, and industrial automation, has received Series A funding. The investment was led by venture capital firm Formation 8 with additional investments from ABB Technology Ventures and Nike Inc. The amount invested by each firm was not disclosed, but SEC
Read More

Massachusetts-based Bluefin Robotics, the company behind a variety of autonomous underwater vehicles for commercial-, scientific- and defense-based applications, reported today that it has acquired software provider SeeByte Ltd. SeeByte makes software specifically for underwater vehicles, sensors and systems, and the two companies have worked together for more than five years developing software for Bluefin’s platforms.
Read More

3D Robotics, the unmanned aerial vehicle company founded in 2009 by former Wired editor-in-chief Chris Anderson, today announced a $30 million Series B financing round. The company said it will use the funds to expand its development and deployment of advanced UAV applications, with a focus on agricultural crop mapping and other commercial aerial survey
Read More

Stryker Corporation, a medical technology company based in Michigan, yesterday reported a definitive agreement to acquire MAKO Surgical Corp. for a purchase price of about $1.65 billion. MAKO’s stock price exploded following the announcement, gaining more than 83 percent on the day to close at $29.45. MAKO builds robots designed to assist with orthopedic surgery.
Read More

The Israeli business daily Globes reported yesterday that Mazor Robotics has filed a draft prospectus with the U.S. Securities and Exchange Commission to raise up to $46 million through the sale of American depositary shares on the Nasdaq stock market. American depositary shares make it easier for U.S. investors to invest in foreign companies; in this case, each
Read More