The International Space Station’s robotic crewmember Robonaut 2 is currently legless, which is less of a problem in space than it would be on Earth but still poses certain limitations. NASA engineers evidently weren’t satisfied with that arrangement, however, because they went ahead and built a set of legs that are scheduled to arrive at
Read More

Facebook has formed a new artificial intelligence group and hired Yann LeCun, director of the Center for Data Science at New York University, to run it, according to a post on LeCun’s Facebook page that was later shared by Facebook Academics. “Facebook has created a new research laboratory with the ambitious, long-term goal of bringing
Read More 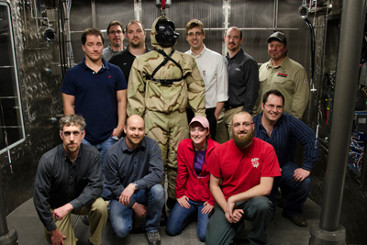 MRIGlobal reported yesterday that it has completed work on a robotic mannequin and containment chamber to test protective equipment for the U.S. Department of Defense. When fully implemented, the system will make it possible test the effectiveness of protective military clothing when exposed to dangerous chemicals. The five-year “Individual Protection Ensemble Mannequin System” (IPEMS) project
Read More

Following Sunday’s announcement on “60 Minutes” that Amazon is considering a fleet of package-delivery drones — which was met with more than a few raised eyebrows — the New York Times revealed today that Google has purchased no less than seven robotics companies this year, causing some to speculate that the search giant could eventually
Read More